Power Play – the key secret to any training lesson 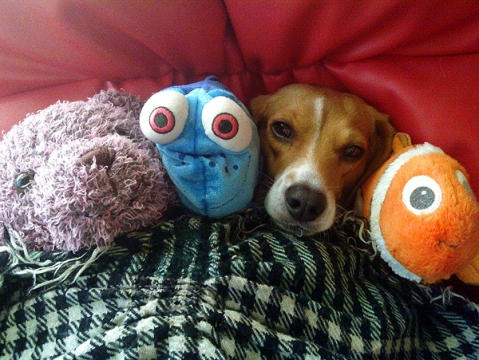 Ever wondered how a trainer gets the best from their dog? How they can get their dog, be it a police dog, a search and rescue dog or a movie dog to do something you think ‘How did they do that?’

I’ll let you into a little secret that the best trainers and dog owners in the world know. You probably do too but you’ve never used it to your advantage before

That’s the secret! Canines live to play. They do it together, on their own, they use it to create bonds, learn about one another and learn about themselves and their limitations or skills. What could be simpler! 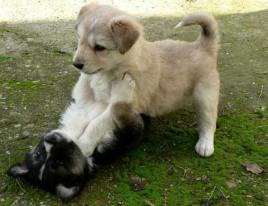 As soon as they can hold their own bodyweight and they can see one another, they’re off. They will nip, bite, chase each other, steal from each other and learn from each other. What better way to learn than when you’re having fun!

They learn team-work gets them farther than tug of war.

There’s nothing better than having fun with a friend!

I always say to my clients  ‘always end on a game’ I don’t say this for the good of my health. There is a reasoning behind this and that is  if you finish on a fun game, your dog is going to want to do it again and again and again. Why? Because he’s having fun!

Most importantly, playing is about bonding. If you don’t play regularly with your dog, there’s a chance you aren’t so high ranking in your pack as you might like to think. If you do play with your dog regularly- who instigated play? If it is your dog who brings you a ball or a toy and you then start to play a game of fetch, your four legged friend is teaching you that he is the one who is making the decisions and on his terms – with play! 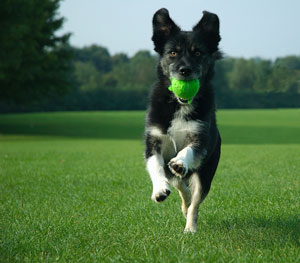 There is no such thing as a ‘dumb’ animal and even your puppy can teach you a trick or two when it comes to play-time. Your dog is a body language expert and when it comes to play, this is where you can try and keep him guessing. To be the best leader/ owner you can be you need to have fun and games with your dog. Everything you teach him about manners, boundaries and rules can all be concreted in a game of fetch!

Don’t expect your dog to know how to play. I have met rescue dogs who didn’t know how to chase a ball never mind bring it back! Show them. When I worked with rescue dogs like these, it was me who did most of the running to begin with! Then they want to start running with you and catching the ball or toy, now they’re getting it! Then you start putting the rules into place – when you bring the ball/ toy back, you let it go for a reward. Loads of praise, energy and fun is the key to any successful game. I might just add here that I do not play tug of war games with my dogs, they play tug together, as this is a strength game and I wouldn’t put my strength into question as a leader. That’s something the dogs can play and learn between themselves.

Finally, play is about being social. We are both social species, humans and canines and that is how it should be. If  a dog steps over the line in regards to becoming possessive, aggressive, dominant or rough, play ends. You are making the rules and games and play happen on your terms if you are involved, or even if you aren’t. 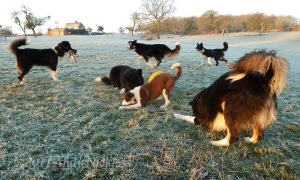 So, use play to strengthen bonds, re-inforce learning and have fun!

I hope you enjoyed my blog, please feel free to leave a comment below I’d love to hear about you and your dog(s).

Wow! If you haven’t been following the journey of Asleigh and Pudsey on ITV’s Britain’s got talent, where have you been?! This talented duo of teenager and scruffy dog have captured the hearts of everyone who has seen them in action. They are what most dog owners would dream of being able to do with […]